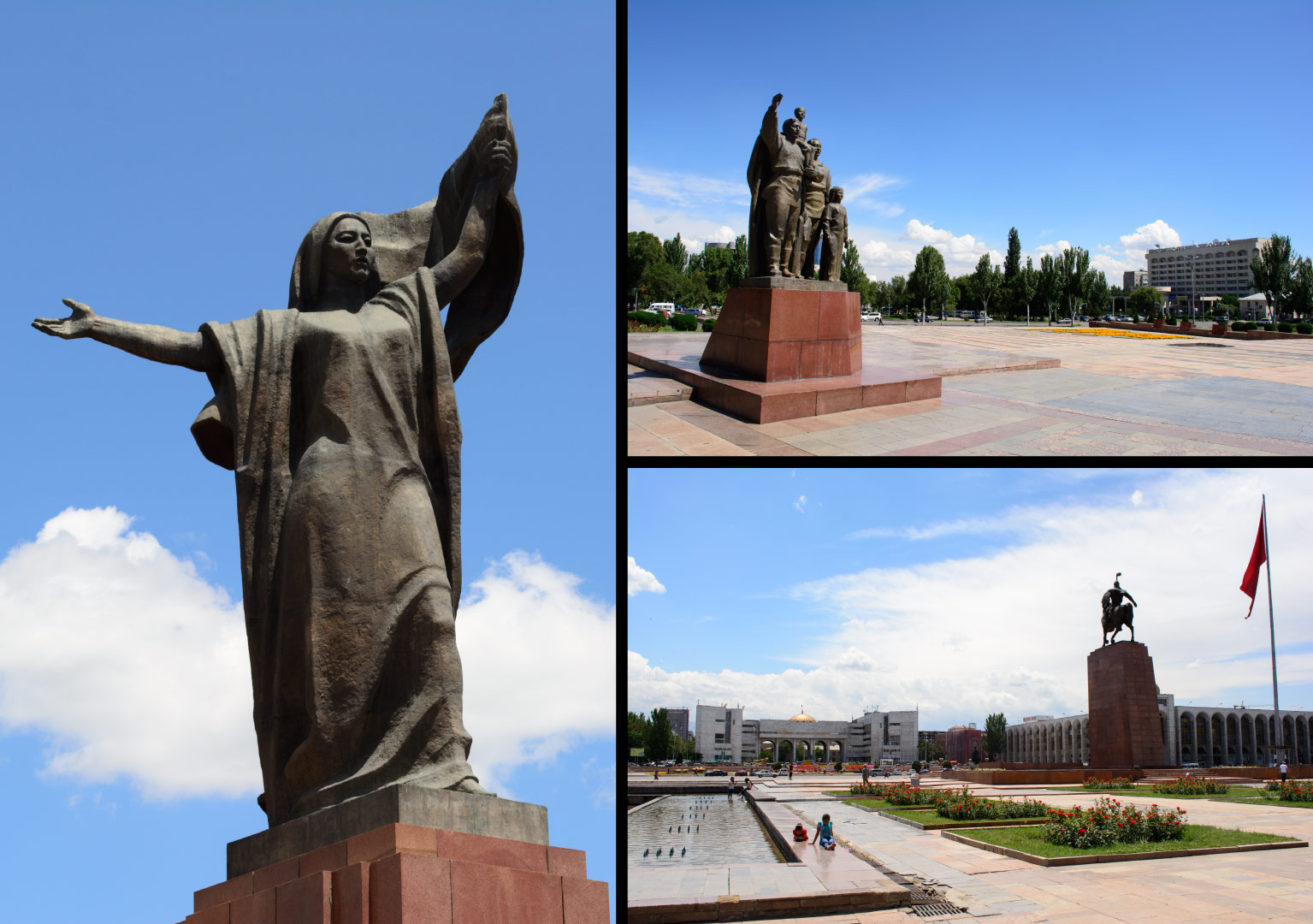 Bishkek’s wide boulevards and immense statues are a tribute to Soviet planning.

Nowadays Chinese influence is strong in Bishkek and the locals are less appreciative of the destitute Russians who stayed behind after the breakup of the Soviet Union.

In our faded, worn out cycling gear we were often mistaken for them. So we were quick to point out, “No Russia, Holland.”

Back to the Pamirs 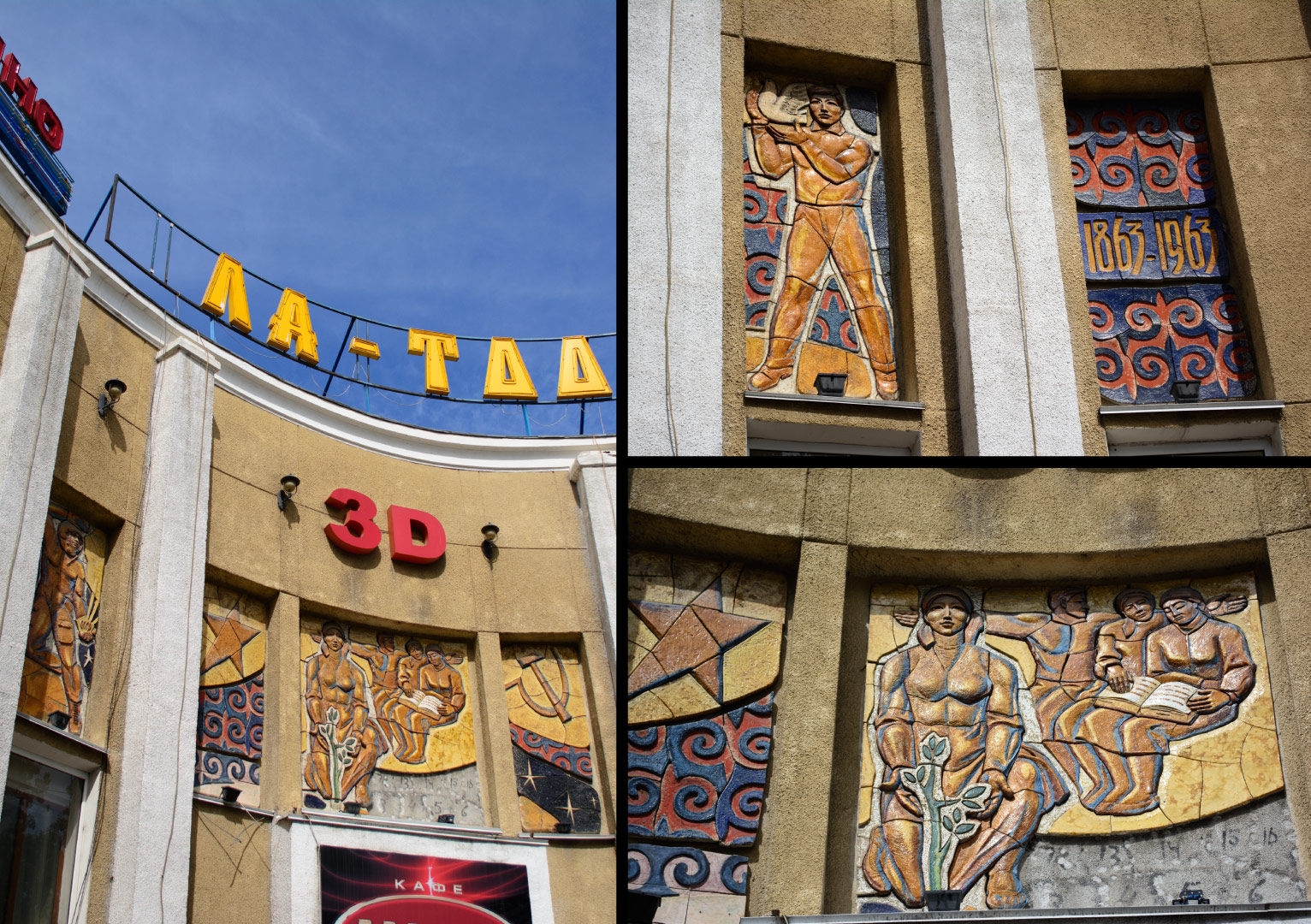 The Ala-too theatre in Bishkek – with its Soviet inspired murals.