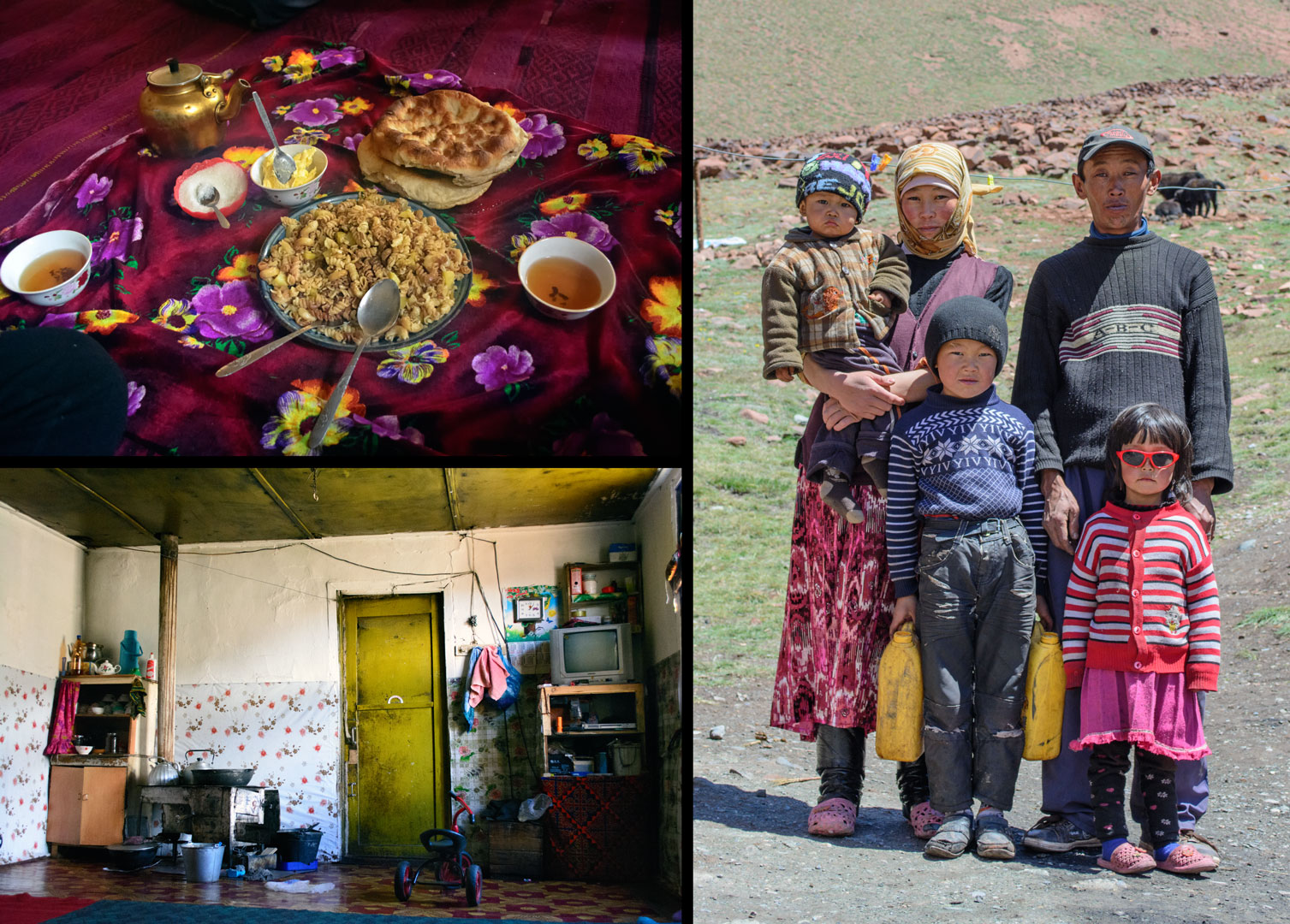 Being eternal optimists, we decided to cut back on weight by not carrying extra food rations.

That was a BAD decision.

Halfway up the pass, the snowstorm hit. It left us shivering in our tent, cursing that we hadn’t bought those extra Snickers.

After a couple of days, the snow melted and we headed out. Near the summit, we met the ‘guardian angels’ of Kyzyl Aart. Without even asking, they laid hot food before us and we shoved our faces full.

It turns out that the father operates the Kyzyl Aart snowplow and we weren’t the first cyclists who had sought refuge in their home.

Back to the Pamirs