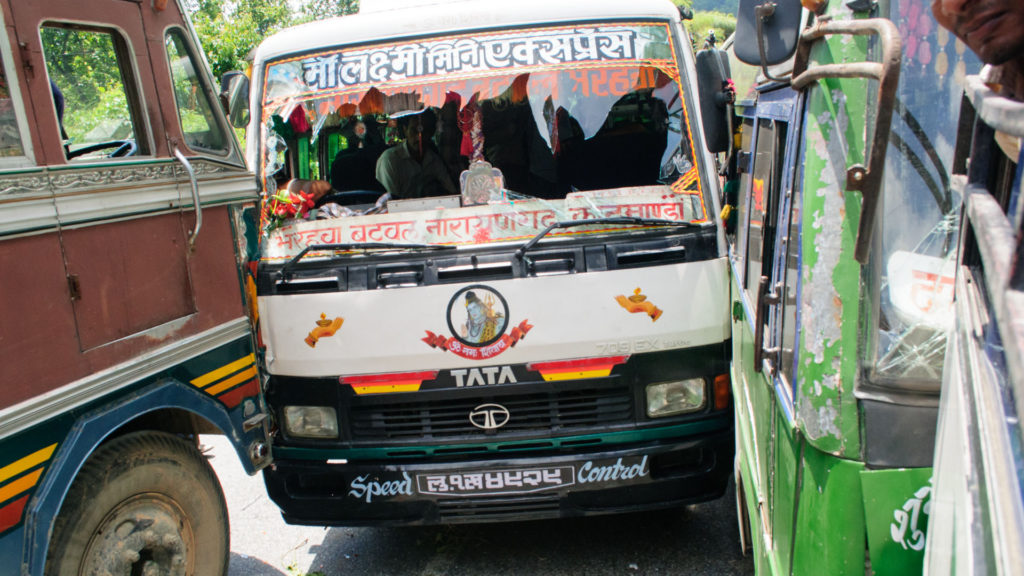 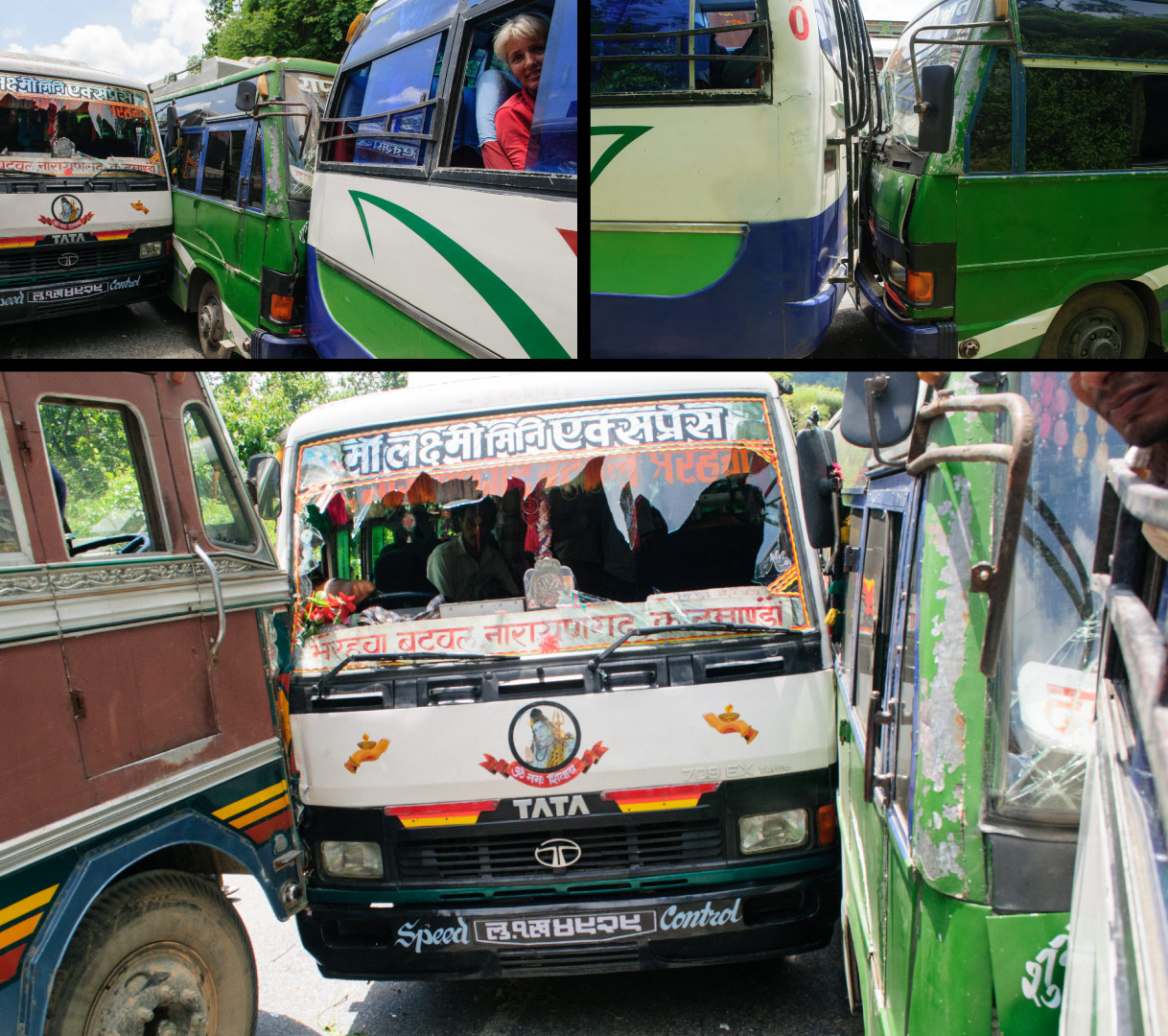 In Butwal, Paul and I debated between pedaling to Pokhara or taking a bus there.

The Siddhartha highway is gorgeous, but we had cycled it twice before. So we chose the easy option.

The full ‘incident’ can be read here.

More on the road impressions: 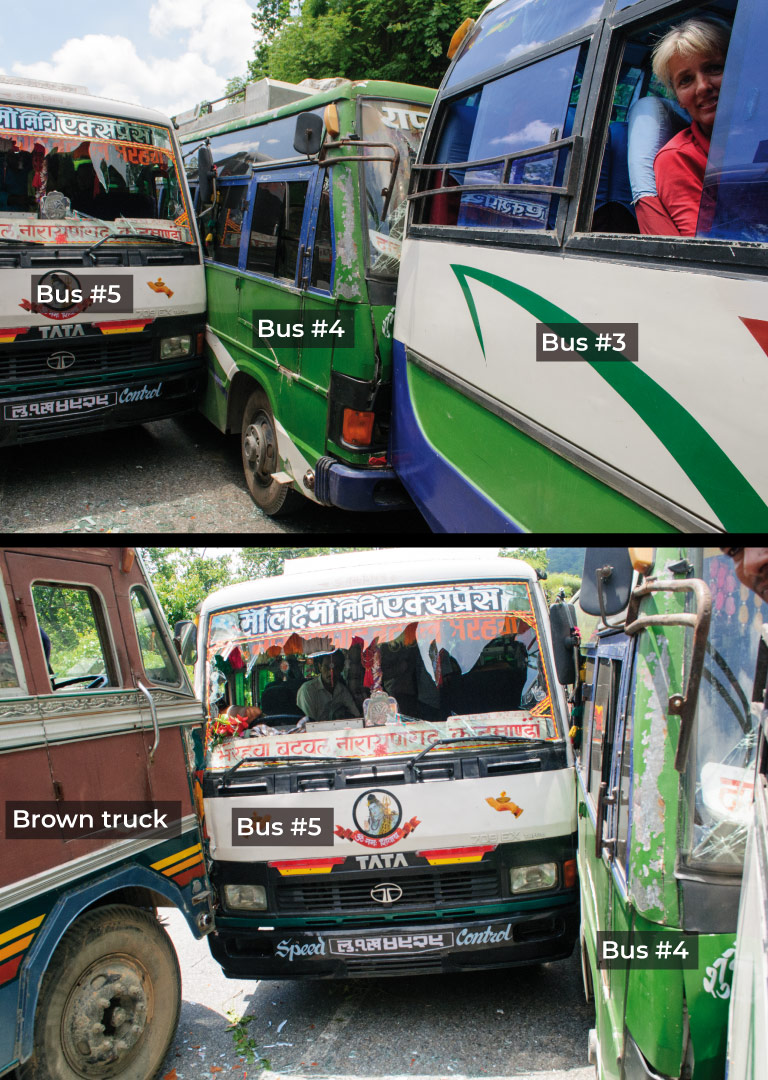 It began with the brown Tata truck which had broken down. The driver placed branches on the road to signal that his vehicle was immobilized.

Two approaching busses, one in front and one in the rear, decided to pass the stationary truck at the same time. (Note: both chauffeurs couldn’t see around the truck.)

This resulted in a head-on collision which couldn’t be spotted from behind the truck, the direction we were coming from.

At full speed, our bus driver (bus #3) decides to pass the truck from the rear.

Crash! Bam! As we ploughed into the bus ahead.

As we were recovering from the jolt, Paul looked back and saw another bus (bus #4) rushing headlong in our direction. Perhaps he wasn’t able to stop in time?

Some 20 minutes later yet another bus (bus #5) hurtled towards us. Maybe he thought there was an opening between the bus that crashed into us and the truck?

In some ways, people are the same the world over. For what did our fellow (Nepalese) passengers do afterwards? They got out their phones and merrily began taking pictures of the accident to place on Facebook.