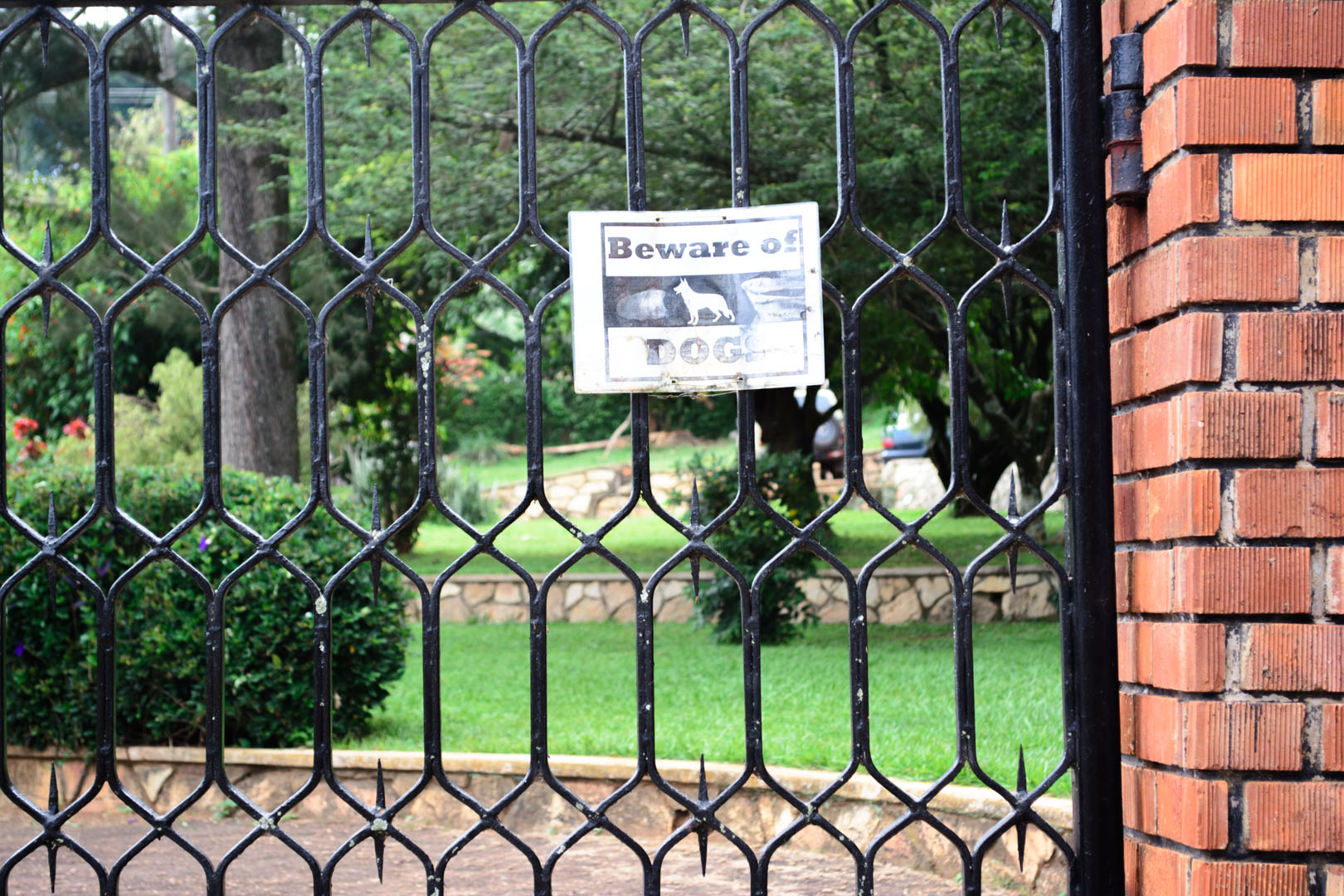 Upon landing in Entebbe, Uganda we were shocked by the number of shops, hotels and even houses hidden behind gates and high fences.

We soon became accustomed to barred windows and night guards in even the cheapest guesthouse.

Strangely enough, we felt quite safe pedaling through the East African countryside.

It was only after some street kids stole Paul’s water bottles that we began to realize why so much money has been spent on security measures.

Back to East Africa