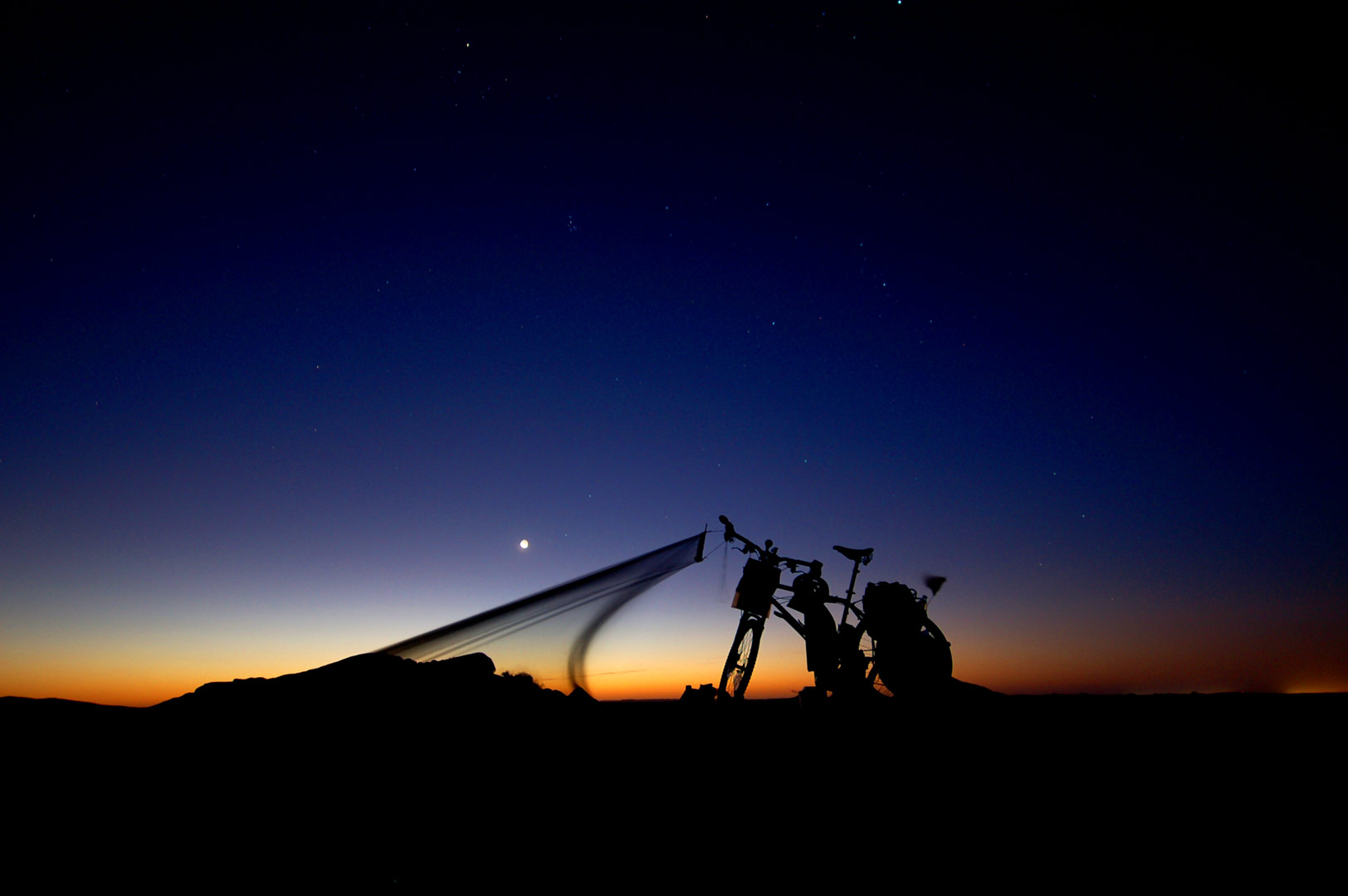 I began adventure cycle touring in 2007. After my first rite-of-passage ride across Europe to Turkey, I fetched up in Armenia, staying 9 months. I rode south through the Middle East and north-east Africa as far as Djibouti, then headed across Arabia and Iran and back to Armenia to live and marry the girl I’d met there previously (everybody say “aah!”). A few months later I travelled overland to cycle off-road in Mongolia, and recently finished travelling back through Europe to the UK with my wife, returning home on my bike 3 and a half years after I originally left.

This photo was taken in northern Sudan on the desert crossing to Khartoum. I was on a 330km stretch of asphalt with only one water stop, and I’d planned to do it in 2 days. I really had to force myself to set the shot up – all I really wanted to do was collapse on the sand and sleep!