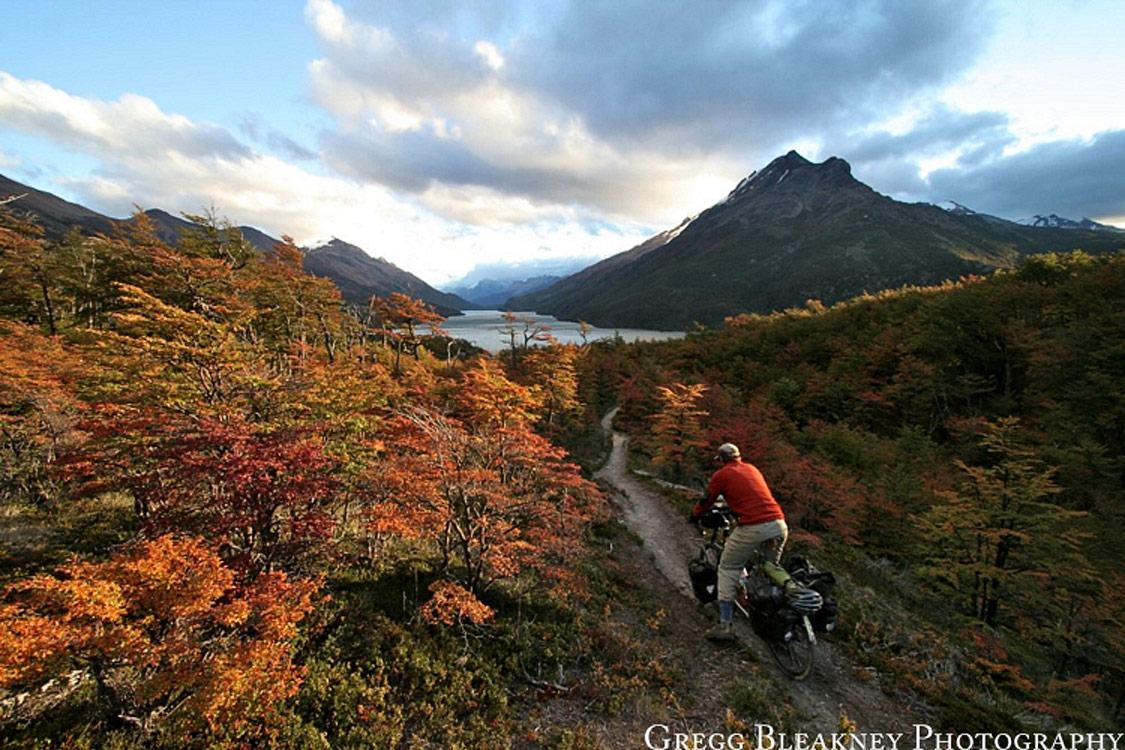 Gregg is a photographer and writer who specializes in bicycle touring, cycling and adventure travel.

In July of 2005, Gregg left his career in information technology, sold nearly everything he owned (house, fancy car, furniture, etc.) and rode his bicycle from northern Alaska to the southern tip of South America. He pedaled 18,500 miles over twenty-two months and raised $50,000 for the American Diabetes Association. Along the way, he was electrocuted by a lightning bolt and attacked by machete bandits. He also discovered a planet and people that demonstrated their magic time and time again.

In Santa Barbara, CA a slick camera salesman talked him into spending two-months of his trip’s budget on a SLR camera. He started making pictures and writing stories for the first time.

To see more of Gregg’s imagery, check out his stock photo website.

Patagonia also did an Earth Day podcast over his bicycle trip/photography.